His research into herbal medicines and food supplements has led to the development of a number of exclusive products available in India and Western market. Dr. Verma’s method of treatment of Inflammatory Bowel Disease has been featured in many TV programs and radio shows globally. A lot of newspapers and periodicals continue to carry review of his work.

He holds a Bachelor’s of Ayurvedic Medicine and Surgery degree (B.A.M.S) from Guru Nanak Dev University, Amritsar (Gold Medallist). He was an active Member of Governing Body of National Institute of Ayurveda, Jaipur and Member of Faculty and Board of Ayurvedic and Unani Systems of Medicine, Punjab. He lectured extensively in United Kingdom to create awareness of Traditional Ayurveda and its benefits in modern life among general public, doctors, universities and various hospitals. He was also the faculty of the Honors Program in Ayurveda at Thames Valley University, London. He is the proud author of “A Comprehensive Book of Ayurvedic Medicine and Secrets of Ayurveda”. He is respected throughout the world for his vast knowledge and practical experience.

Dr. Harish Verma was born in 1963 at Khanna, Punjab in a family of experienced traditional ayurvedic practitioners. He set upon his path of healing ailments in 1985 in his hometown (Khanna) by getting inspired from his father, late Vaidya Kirpa Ram who was considered “People’s Favourite” and was famous for diagnosing the diseases with Ayurvedic pulse examination and curing those that are considered to be incurable in modern medicine.

He had been one of the top invitee’s for consultation on Ayurvedic Treatment by many celebrities and dignitaries including the late President of India, Dr. Shankar Dayal Sharma and famous film maker Sh. B R Chopra. 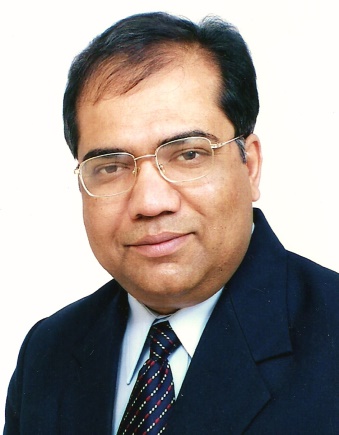 Ayurveda is a way of adapting lifestyle in harmony with nature and sustain a balance between body, mind and soul to achieve a happy and a highly spiritual life.

To implement this in real life, I always envisioned a center of excellence that was unparalleled in patient and caregiver experience where people suffering from ailments can be healed naturally at an affordable cost. I started Sushruta Ayurvedic Therapy Center as my dream which is now more than a 25-year-old legacy of healthcare excellence, clinical expertise and patient service.  We give our doctors and staff the support they need to ensure that the patient care remains our top priority and do what it takes to make sure every patient and patient relative receives personalized and compassionate care. We look forward to bringing even greater convenience & value to all in the future.